The picture on the left of Chrysler Imperial was shot in 2006. While the roses, canes and foliage were healthy, the canes, for the height of the roses, were thin in comparison to the canes we now have in the garden.

Notice the canes on the Chrysler Imperial below. This picture was taken not long after the renovation in 2009. Already you can see the cane size is better. 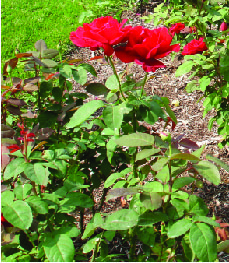 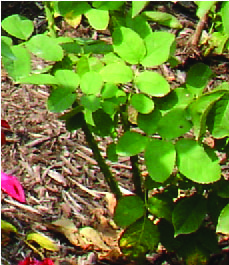 The picture below is Chrysler Imperial on September 25, 2012. The foliage and canes are in healthy shape and the blooms were fabulous. The picture shows just how large the canes are and that seems to be the case with most of our roses now.

The picture on the top is double delight taken in 2008. While we can see there are many blooms, the plants were not as healthy as they are today. The second picture is that same bed, taken from the other side of the evergreen, in 2007. The pictures on the bottom were taken in october of 2012….. at the end of the month. These roses are really amazing because while the weather was turning cold, we still had lots of blooms and fairly good foliage considering the temperatures.

As you can see there is a difference in how well this variety grows with the new program we are using. Not only are the roses taller but the canes are bigger in circumference and we have blooms most of the time, if not all of the time. 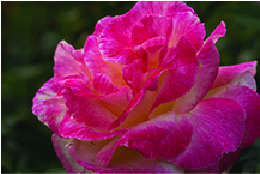 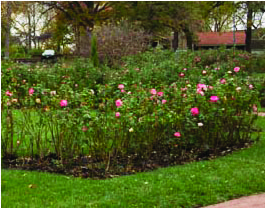